Tech Provider, Delivery Partner or Both?

Tech Provider, Delivery Partner or Both? 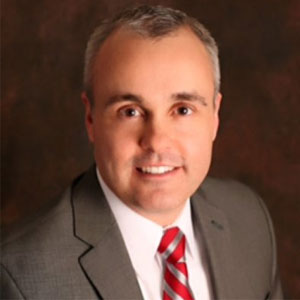 The announcement that HP is splitting into two separate companies, Hewlett-Packard Enterprise and HP Inc., has raised both eyebrows and expectations—as well as some very pointed questions about how effectively the two new entities will be able to carve out their own successful niches in a competitive and rapidly evolving marketplace.

Wall Street delivered its own short-term verdict the day after the split was announced, with HP stock enjoying a 4.7 percent increase. A more definitive long-term judgment will take time, however, and it’s not yet clear what that metric might look like.

For CIOs and IT/technology decision-makers, the more immediate question is what this split means: not only with respect to dealing with HP and the HP product ecosystem directly, but also in terms of adapting to new realities in an industry where the forces that prompted the HP move are exerting increasing evolutionary pressures on providers and clients alike.

The biggest shift in the world of technology is that today’s customers are no longer satisfied with traditional IT supply models. IT customers have more options than ever before, and the rapid proliferation of those options has played a large role in raising expectations. To understand how that dynamic works in a slightly different context, we need look no further than the cable boxes in our living rooms. It was not too long ago that cable television subscribers were perfectly happy with a small handful of channels. Simply having cable was “enough”—a luxury even. Today, there are exponentially more channels, program selections and packages to choose from. More importantly, with the advent of online streaming and various services and devices for delivering customized content to viewers, the very foundation of how people consume television content has changed. The entire enterprise has shifted in profound and lasting ways.

Customer expectations have also been raised in the world of IT, and HP has worked hard to meet those expectations. Consequently, one of the biggest challenges that companies like HP face is that the sheer variety of products and services they provide has become inefficient and potentially confusing.

The Customer is Always Changing

One of the motivations for the HP split is to provide clarity. Officially, the missions of the two new HPs are as follows:

Hewlett-Packard Enterprise will attempt to “define the next generation of technology infrastructure, software and services for the New Style of IT,” and HP Inc. will work “to establish itself as the leading personal systems and printing company delivering innovations that will empower people to create, interact and inspire like never before.”

At its core, however, this split is fundamentally about HP trying to (re)define who their customers are, and (re)focus on meeting those customers’ demands. But how you present, market and sell IT services is all very different in today’s environment.

IT has traditionally functioned as a supply model. When you are a supply organization, you are essentially a reactionary entity—waiting for customer requests. The challenge in moving to a more service-based model, however, is that you must go from reactive to proactive. You need to look ahead, yet avoid overextending yourself, and retain some on-demand capacity at a time when clients have little or no tolerance for lag. You have to control costs, but also deliver at the speed of your customer’s business.

Achieving these goals requires an increased level of intimacy with your customers: You have to understand and (to some extent) anticipate what level of service they are going to need. You need to convey to them what their obstacles and opportunities are instead of waiting for them to tell you—taking on a counselor role. At its core, it’s about becoming a service delivery partner rather than just a technology provider.

That process requires a logistical shift, as well as a cultural shift. The big IT megatrends—mobility, social, the cloud and big data—have all contributed to skyrocketing expectations and helped widen the gap between IT and the speed of business.

From a CIO perspective, narrowing that gap means understanding how you need to change your approach to succeed in this new environment:

Take on a cloud-first position. Prioritize automation and tech standardization (diversity kills speed). And facilitate self-service, putting more controls in the hands of the consumer.

Move toward more service accountability instead of tech ownership. Roles now require technology breadth, not just depth. Consistent operational excellence is expected and assumed (outages are not tolerated). Understand that today’s solutions are typically not single technologies: Use the tools and tech that fit the problem rather than the tools that you know. Recognize that roles are changing and becoming more expansive: Instead of “server administrator,” titles like “solution engineer” and “service manager” are becoming more common.

For HP, many questions remain. Can they build confidence and establish credibility with customers? While the business realities of a split make sense on paper, will the transactional and service dynamics make similar sense? There are natural concerns about how the business and service mechanics will work if you are purchasing servers from one HP and desktop machines from another. Is HP positioning itself to be stronger in more areas or diluting its overall brand? How quickly can they make this transition and bring a new value proposition to the market?

While these are interesting and important questions for HP, they also illustrate a broader shift taking place across the industry. The same forces that prompted—for better or for worse—the HP split are making their presence felt everywhere in IT. For CIOs, successfully navigating this new landscape requires both the willingness and the ability to adapt and evolve accordingly.

Hybrid Work Has Forever Changed The Need For It In Ramboll

How T-Mobile brought an Un-carrier approach to tech hiring

Great Expectations: Balancing the diverse needs of a city in a...

"Discovery and Delivery" - An Approach to IT Workload Balance