The real problem: Predicting the Unpredictable

The real problem: Predicting the Unpredictable 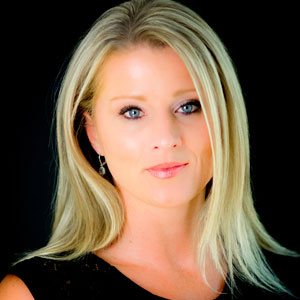 Imagine for a moment that you are a mom out to dinner with her three kids at a Mexican restaurant. Your 15 year old has had his drivers permit for a few months now and has done well. You think to yourself, “Well, I will let him drive the family home its only five minutes.”  So you get in the SUV, you in the passenger seat and your son in the driver’s seat. The two younger children buckled safely in the back.  He drives seamlessly, takes the family home in the SUV without issue and you display proud smiles (without his knowledge). He nicely pulls the SUV into the driveway and you tell him to park it there, that you will pull it into the garage later because you have not yet taught him how carefully you park a car in the garage. The next thing you know, instead of putting the car in park he floors the gas pedal right through the closed garage door at 9:30pm in the evening on a work night. The garage door is in pieces and now to secure your home for the evening you are left reassembling heavy panels of the door. You think to yourself, “Could I have predicted this? Should I have seen this coming?”

Point #1: The world as it was… the chewing gum fix

Imagine with me for a moment that a group of your colleagues have invited you to help them identify why your accounting department is wasting hours if not days of precious resources on a weekly basis to process payments. Intuitively everyone within that group acknowledges that there is a problem with the way things are being done and they all agree that we need to identify a common process, seek to eliminate the non-value added steps and then automate that process. Through various workshop sessions they hash out the details of the current state, assess the future state and then through GAP analysis they identify what changes and/or resources that they need to get there.  It is human nature to try to solve the problem in any way possible but when a company is faced with repetitive exposure of the same types of issues, it is necessary to pause, take a step back and acknowledge that another approach may be necessary. So often they say, “Well, we can have a “BOT” do this or lets “automate” this.” And they go on their way to “fix” the problem. Yet, in a few short months or even weeks they realize the larger issue, the chewing gum only plugged the dam that was leaking and they realize that the entire damn is about to burst. Such band-aid approaches worked in the past because the environment was less competitive and small efficiency gains resulted in larger profits for organizations. If that wasn’t enough then the overall cost of simply hiring someone else to continue the non-value added work was cheap enough that it made more sense.  The markets were not very saturated and there was less competition. However, that was our past. In a previous article of mine called “Stop staring at the rear view,” I have mentioned that the past is not always indicative of the future and in this case, the future is a runaway train.

Point #2: The world as it is … Forget the chewing gum to plug the holes in the dam, let’s just put buckets out to catch the leaks.

So, what happens when the same organizations realize the exponential growth of the internet and technology such that we can go out and procure a software package to do just about anything and if we can’t find one, then we can just make our own. We know we need it to process these five reports twice a week so we spin up a team, identify the system requirements and go procure the least expensive solution for that singularly identified problem. While this may seem like a good solution, we fail to realize that was one team of 5-10 professionals who initiated, investigated and solved that problem within the company.  Now think about this! How many large corporations have thousands of people, solving thousands of problems throughout the company? So a company of 1000 people could potentially have 100 professionals with 20 different apps or software initiatives underway to solve their perceived problems and no link between any of them.  Autonomy in the work environment is now mainstream and professionals want to be able to identify and solve problems themselves without all of the red tape.  What does that mean to the IT organization within? How does that corporation ensure that the team followed proper IT security protocol, standardization, mobility and storage? In fact, the majority of large corporations find themselves with bundles of software applications, architecture and hardware that do not simply or seamlessly tie together. Overarching IT governance can only go so far and governance that resides in documents left for professionals to identify and follow will likely be ignored. Recall necessity is the mother of invention.  I have experienced this first hand.

Point #3: The world as it is becoming …. Replace the dam and put in some generators.

I recall a time when my oldest son first got his driver’s license and me being the protective mom that I was, I decided to install the latest technology in his car to track him, keep him from texting while driving and alert me with all sorts of speed and braking notifications. I paid a nice sum for the technology, explained its purpose to him and then sent him on his way. Very shortly I found that my investment was in vain because…teenagers know best. No matter what age you are when you have children, when they become teenagers, you immediately loose all brain cells and become stupid. He knew that he didn’t need my help not to text, my governance and oversight was only making his teenage life more painful and he would find any possible way around it that he could. This is the same as in the corporate world. Recall my mention of autonomy earlier. Just like a teenager, professionals want autonomy. They are coming into the workforce sharp and knowledgeable about technology and they want to engage that technology to solve the problems that they identify. They don’t want to ask “mom” for permission! Professionals need the opportunity to try new ideas, new apps, tools, platforms even if they will possibly fail and feel empowered to do so. Only the corporations who embrace such rounded autonomy will continue to grow.

Do you want to know where the world is going?  It is going “permissionless.” You can’t take a corporation to exponential growth and require them to ask permission each time they have an idea they want to try. If you implement an IT platform that enables professionals in a safe, non-destructive manner to explore the ways to make their jobs more efficient, they will embrace that world and innovate at a rapid rate. In my 20+ years of experience I have seen corporations go toward the permission realm and also to the permissionless realm and I can tell you that the companies that not only survive but thrive are permissionless! So why not take the opportunity, make the investment to not only replace the leaking dam with a new platform but at the same time, use that platform to reduce your operating costs and further to generate new revenue streams for your organization?

Explaining SaaS Spend Management: How It Can Help You Cut Spending

Cloud At The Edge

Edge Computing - Where Does It Fit Today And Tomorrow!

The Evolution of Digital Banking Landscape in Indonesia